There are many trains of thought around the good (for both sides) of being ‘in service’ to other people but that is not really what I am referring to here (although there is probably some overlap), it is literally that I took the photos for them.

Yesterday, with a very grey cloudy photo, I was jokingly accused of manifesting the weather and inflicted 50 days of shade on everyone. So, today’s photos had to be particularly sunny just for them (you know who you are!)

The other thing was for someone’s birthday. A friend (Carl Munson Professional Page, who I’ve currently only met virtually) had a double celebration this morning, firstly his birthday and secondly a year off the beer (just because he wanted to give it a go).

And to celebrate both a bunch of us joined him on his daily livestream and had a beer with him (at 9:30 this morning!)

Now it’s not normal (for me, or him, or anyone else that virtually joined in) to have a beer at 9:30 in the morning, but this was important. To congratulate him on his achievement, to create a ceremony (albeit a very small one of raise a glass with him as a community). This morning was only a few sips form the bottle, then it got recapped and back in the fridge until this evening.
Doing (or not doing) something consistently for a year takes effort.

Carl has put the effort in with both not drinking (for a year) and running the Good Morning Portugal livestream 5 days a week for way longer. And in doing the latter has developed a great resource and a fantastic community. It was an honour to be able to celebrate with him this morning.

How do you feel when you do things for other people? 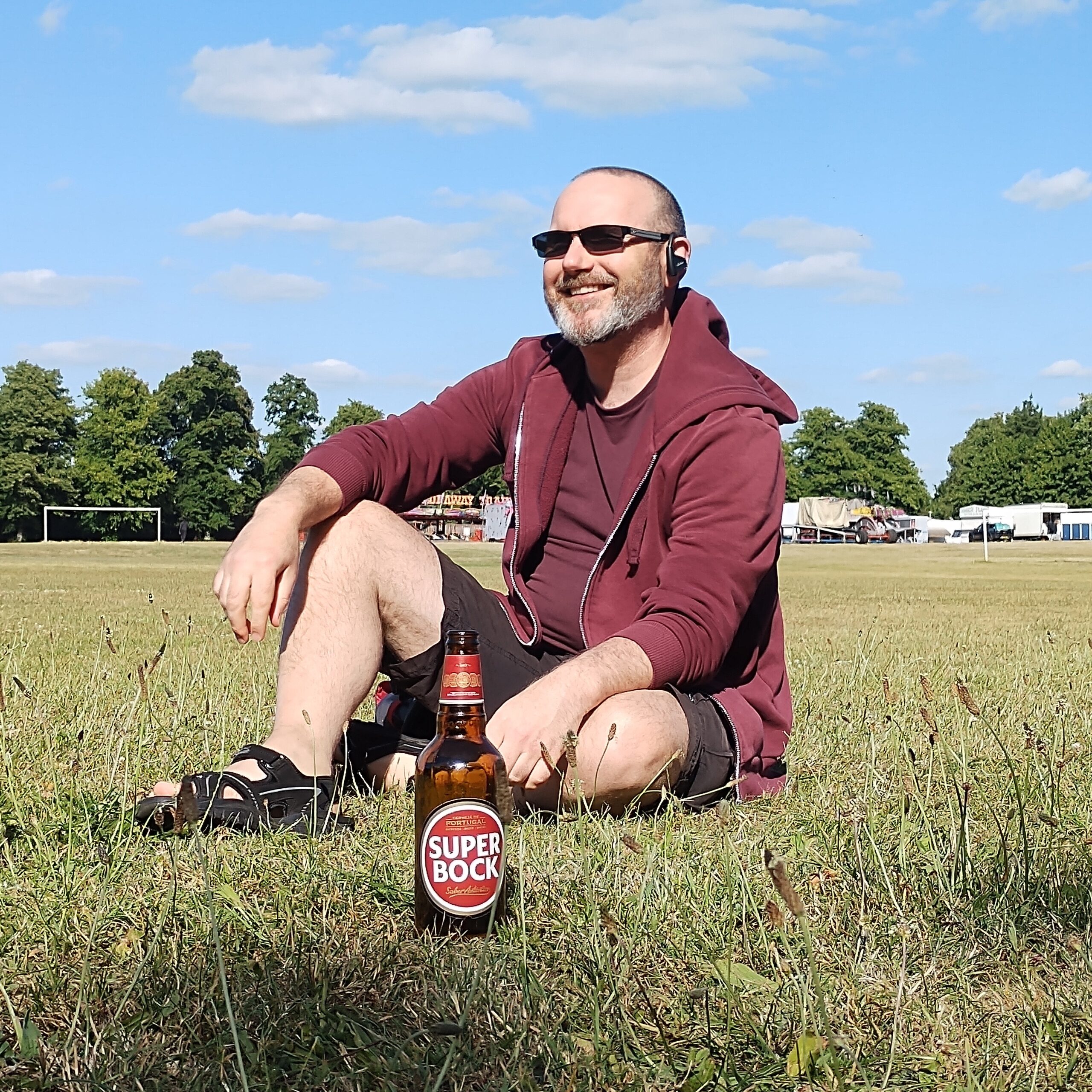